Elements of a Working Petroleum System: Part 2. Reservoir and Migration

We recently discussed the Hydrocarbon Kitchen and how a hydrocarbon source must be developed under favorable geologic conditions to create the desired maturity and characteristics.  The next element needed for the formation of a working petroleum system is migration into a reservoir – a place to store the hydrocarbons.

Historically, conventional reservoirs were considered to include rocks with high permeability and high porosity such as sandstones and carbonates.  These conventional reservoirs enable a high degree of storage and transmissibility of hydrocarbon.  However, with implementation of frac’ing and various secondary recovery techniques, rocks with low porosity and permeability can also be considered reservoir.  Specifically, many shales that act as the source rock for several formations can also be the reservoir from which hydrocarbons are directly produced.

During the high temperature and pressure process to create oil and gas from organic material, hydrogen and carbon atoms rearrange.  The conversion from kerogen to oil and gas results in expansion which can fracture the surrounding rock due to high pressure.  Fluid moves from high to low pressure, and hydrocarbon migrates through the fractures to a lower pressure reservoir, generally up-dip where there is lower over-burden (less weight of overlying rock).  Hydrocarbon is generally less dense than formation water.  Where permeability of the rock enables redistribution of the fluid, migration over geologic time occurs such that gas is above oil and oil is above water.

The figure below shows hydrocarbon moving from the source bed through a permeable formation and accumulating with the least dense fluid at the top, and the most dense fluid at the bottom.  If the source rock has sufficient reservoir quality, it could be considered an unconventional reservoir.  Permeability would generally be low enough that fluid redistribution would not take place, and oil would be found stratigraphically above gas, in the approximate location in which it formed. 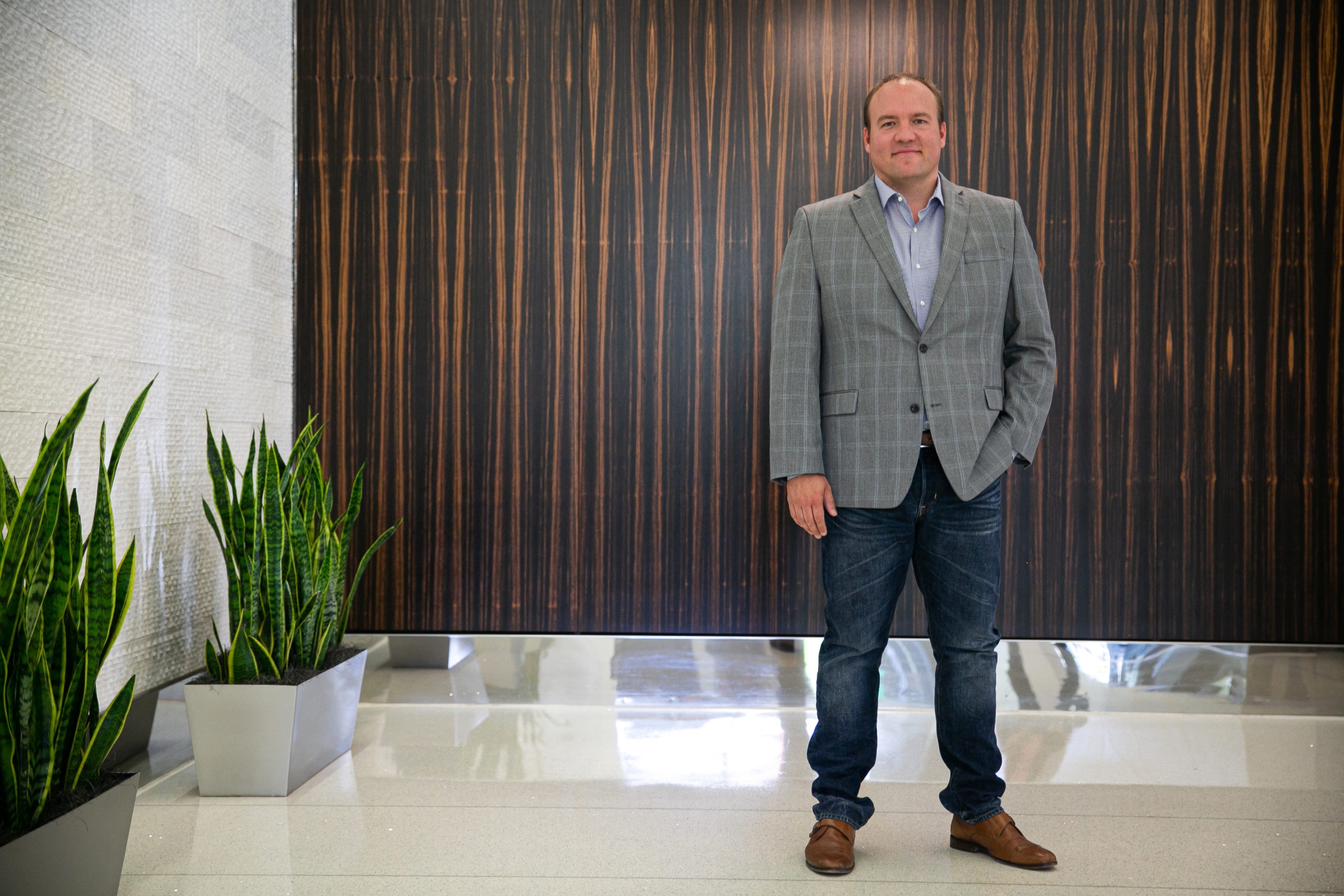